People have different hobbies which they hold dear to their heart. Some love playing the piano, others playing soccer and some have a weird taste of sleeping as their hobby. I adore reading books in my free time, and today I have the privilege of unfolding the pages of one of my favorite book called “The Chronicles of Narnia: The Lion, the Witch and the Wardrobe authored by C.S Lewis.

Chronicles of Narnia is an English book with most of the characters being animals and four siblings who visit a magical world to bring an end to the reign of a powerful witch who had cursed the beautiful land of Narnia.

The book starts by taking us back to World War II with terrorizing bombings in London, and four English siblings are sent to the countryside where they will be safe and away from the horror that had engulfed the city. The Pevensie siblings were Lucy (the youngest), Edmund, Susan, and Peter the eldest. In the countryside, they are housed by a professor who lives in a huge mansion with a very strict and mean caretaker. One day as the siblings were playing hide and seek, Lucy finds a mysterious wardrobe which takes her to the magical world of Narnia. She meets a faun Mr. Tumnus who invites her to his home. Lucy goes back and convinces them to follow her to the magical world.

The children discover a charming, peaceful land inhabited by talking dwarfs, beasts, fauns, giants and centaurs that has become a world cursed to everlasting winter by a cruel, evil White Witch Jadis.

The White Witch who is responsible for a century of winter which covers the entire land is fully aware of the ancient prophecy that said two sons of Adam and two daughters of Eve would come and challenge her curse. She plots all means to get rid of the siblings immediately before the prophecy comes to pass. She unwittingly lures Edmund with her spell through his egocentrism, and foolish pride quickly falls prey.

Things heat up and with chases, fights, battles with the two Beaves who are to escort the kids to a great mystical Lion named Aslan who together with the children will save the land from the curse. The experience binds the four children together, and Edmund learns the hard way.

This is a chock block story full of positive lessons that touch on loyalty, courage, selflessness and the ultimate sacrifice. Peter takes the mantle of responsibility being the eldest and watches over the young once with courage and vitality. He takes the first step to stand against the White Witch and is determined to defeat her and stand between ravenous wolves to protect his sisters.

The whole story reflects on virtues which touch on our daily lives. Selflessness and determination is the key to conquering all obstacles. Mr. and Mrs. Beaver offer their humble home to the kids and later lead them through mind boggling woods and tunnels to keep them ahead of the wolves to get the ultimate reward, Freedom, and peace.

C.S Lewis books such as The Chronicles of Narnia: The Lion, the Witch, and the Wardrobe are available in movie form, and you can either watch the film or read the book or both. 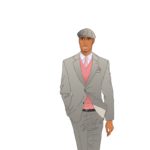 Diary of a Young Girl: By Anne Frank

Diary of Anne Frank is considered as one of the most famous books of the first half of twentieth century. She was only a...

The Forty Rules of Love

There has been millions and trillions of books, an absolutely countless number of books, which was written from the star...

This is a novel which was written in 1988 by a Brazilian novelist Poelo Coelho and he started his career with such a fan...

The book is about a prisoner Doctor Manette, a noble man threw him to prisoner for no reason but after many years, when the French revolution started, they took out the doctor from the prisoner.

Who Will Cry When You Will Die

Do you feel like life is like a ship without a compass and you don’t know where you are going? If so, then this book is for you.

Rumi and His Journey to a Marvelous Poet

Rumi is an unparalleled poet in the global literature. His words, soaked with the love of the One and the secrets of mystical truth, continue to touch the heart of millions.
ホーム
Books
スポンサーリンク
スポンサーリンク