Getting from Kobe, Japan to Innisbrook Golf Resort in Palm Harbor, Florida

I took a bus  from the train station in Sannomiya to the Itami airport in Osaka for a flight that would connect me to American airlines international flight bound for Atlanta. Both flights were uneventful, but a security delay transferring from the international terminal to the domestic one in Atlanta caused me to miss my connecting flight to Florida. So, it was nearly 20 hours after departing Kobe that I dragged myself through the sticky and sweaty terminal of the regional airport in Tampa, Florida. I arranged for shuttle service from the airport to the Innisbrook Golf Resort 30 minutes west in Palm Harbor. I was in town for a biomedical conference and my shuttle was buzzing with attendees clutching poster tubes and laptops. After the conference, my dad planned to join me for a day of golf and cake in celebration of his birthday.

Visitors to Florida should be warned that the heat and humidity is nothing like Japan. Florida humidity is fierce and suffocating. It’s like being wrapped in a blanket sitting outside in an onsen in the middle of a summer day. Without a breeze, moisture sticks to your skin and forms droplets slowly turning your shirt into a wet rag. On the first morning before the conference began, I woke up early for a golf lesson at the driving range. One other attendee joined me (golf is not so popular with scientists), and we practiced hacking and slicing balls under the guidance of our easy-going instructor.

Four golf courses are available, but only one with an alligator to snatch your golf balls 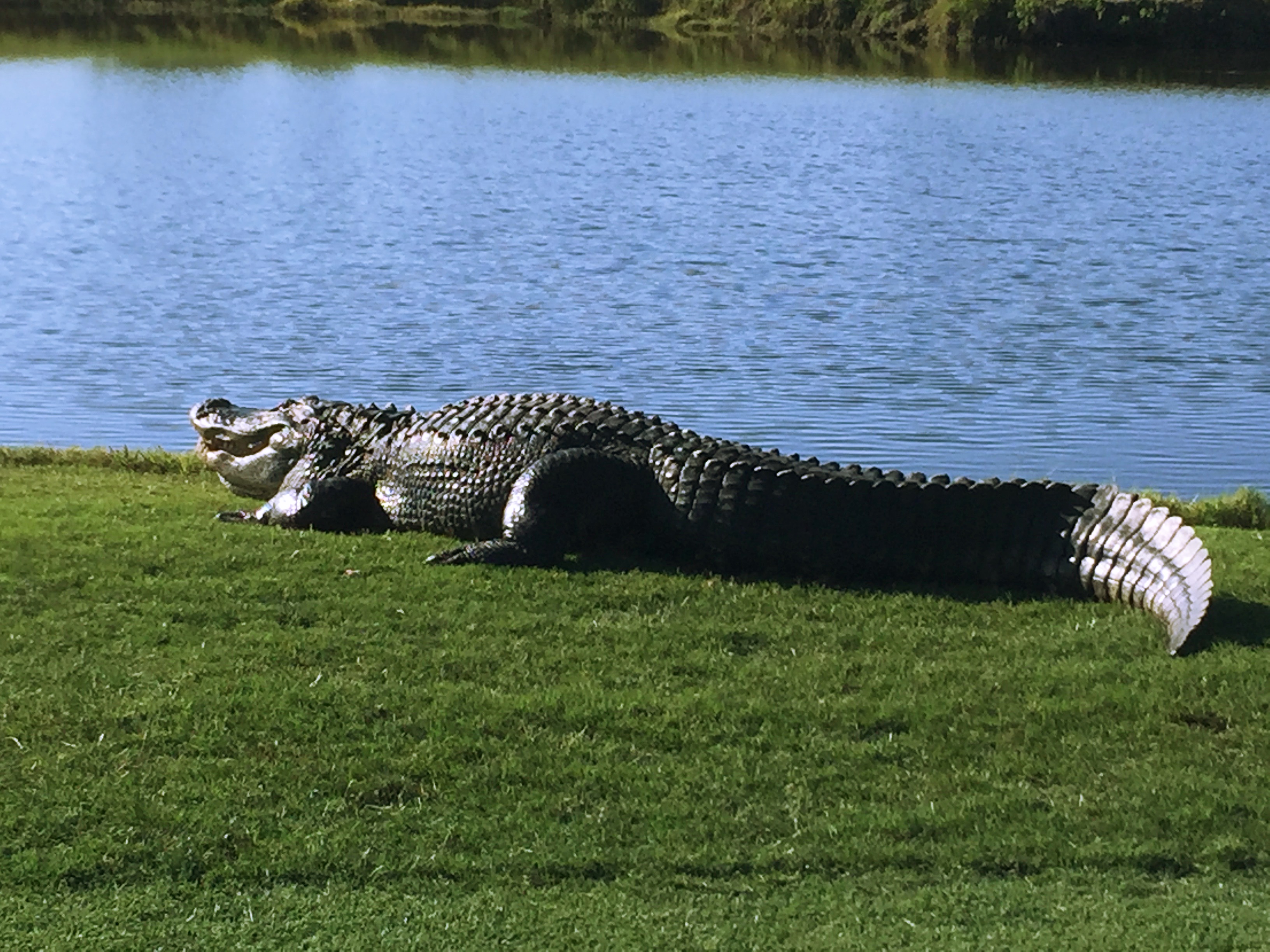 Alligators lurking on the fairway

My dad and I teed off on the second hole of the south course using driver on this long par 5 with water on the right. The green is set-back on an island with water on all sides. While the second shot is reachable with a long iron, there is little from for error landing on the green. We both decided to lay up in order to have a shorter and easier iron onto the green. On the ride from the second shot to the location of my ball for the third shot, I noticed a statuesque rock-looking formation off in the distance. “That’s weird,” I thought aloud. “Why would a boulder like that be on the edge of the fairway. It looks so out of place.” “That’s no boulder,” my dad replied. As we edged closer, safely ensconced in the golf cart, the enormous and muscular body of a 10-foot alligator came into view. Just off the fairway in the first cut of rough, the alligator was sunning himself and completely uninterested in mere humans knocking little round balls through his backyard. And make no mistake, it was his backyard. There was no way either of us was getting out of that golf cart.

Try hitting a golf ball with an alligator watching (hint: it’s not easy)

I stood over the ball with a pitching wedge in my hand – the equivalent of a lay-up in basketball. Twenty feet away, my new best friend stood watching. “Has he eaten today?” and “How fast can I run?” were some of the questions I asked myself. I had to take my eyes off the alligator in order to hit the ball, but if I looked at the ball I would be taking my eyes off the alligator. I took a practice swing while looking at the alligator. He didn’t move. I took a deep breath, glanced down, and swung. The ball rocketed high up in the air, over the green, and landed with a plop in the water on the far side. My dad laughed, but I didn’t care. I dropped a new ball on the other side of the green, and we continued to play the rest of the round without spotting another alligator. My dad beat me by more than 10 strokes, but somehow, I think the alligator was the real winner that day.

We stayed in the Canterbury lodge overlooking Lake Innisbrook adjacent to the Island course. Burgers, fish and chips, and local beer in the island clubhouse cost ~$50 including tip. Birthday dinner celebration at Packard’s Steakhouse with prime rib, red wine, and chocolate cake cost ~$200 including tip. Rooms from ~$150 per night. 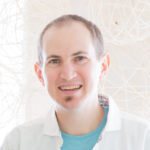 Arthur Millius
Scientist and writer living with his wife and daughter in Kobe, Japan

The Joy of Motherhood: Food for a 10-month Old