There has been millions and trillions of books, an absolutely countless number of books, which was written from the start of the history till yet and will always, been written. This is the glory of human mind and knowledge which couldn’t be confined within the limitations of human mind and it has to come out one way or other.

There are many books of different writers, which I absolutely love, but when it comes to choosing the “One and only” favorite book, the first book comes in my mind is; the forty rules of love. This book has been published across the globe and people love is so much and it sold out so quickly that I had to see it for myself what’s inside the book.

As I was holding the book in my hands, I felt a kind of magic, a magic which only book lovers could feel while holding a great book. Inside, it was about the story of the Great poet and Sufi Rumi and his great mentor Mystic Shams of Tabrez.

Most of us know about the great poet in Rumi but people don’t really bother to know who the real Rumi was. The forty rules of love is about the personal and real live of Rumi, how he met Shams of Tabrez, and how Shams changed the ideologies of Rumi, purified his soul even more so with the love of humanity, God and universe, and brought out the real Rumi from within the already existing Rumi. No one knew there ever existed a great poet within Rumi until Shams’ teachings of love and mentorship made him realize.

Rumi was a person of soft nature, of religious thoughts, and God fearing man who feared to think out of the box. He stayed within his scholarly title and domains for many years of his life, until one day he came across a wandering dervish named “Shams”. There was something deeply real in the eyes of Shams, something appealing in his personality and a great amount of wisdom which was beyond words. Rumi was considered one of the greatest scholars of his times, but Shams made him stop on his way, and questioned him and those were the moments when Rumi realized that his entire life was going to change.

Although Shams of Tabrez stayed in the life of Rumi for a very few years, but the everlasting influence of this mentor stayed like a deep mark on the heart of Rumi. In the remembrance of Shams, Rumi started doing poetry and this way he kept doing it until his very last breath.

Says Shams himself left Rumi to gave him the wound of separation so deep that it became a reason for Rumi’s love for poetry and poetry about love. 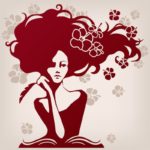 The book is about a prisoner Doctor Manette, a noble man threw him to prisoner for no reason but after many years, when the French revolution started, they took out the doctor from the prisoner.
2021.07.20

Rumi and His Journey to a Marvelous Poet

Rumi is an unparalleled poet in the global literature. His words, soaked with the love of the One and the secrets of mystical truth, continue to touch the heart of millions.
2021.07.20

Diary of a Young Girl: By Anne Frank

Diary of Anne Frank is considered as one of the most famous books of the first half of twentieth century. She was on...
2021.07.20

This novel is written by a well known and artistic writer, Paulo Coelho. Paulo Coelho was born in Brazil in August 1...
2021.07.20

Who Will Cry When You Will Die

I always wanted to read about the philosophy and philosophers, but I never found it easy to understand completely an...
2021.07.20
Home
Books
スポンサーリンク